Come back often to check for current healthcare news 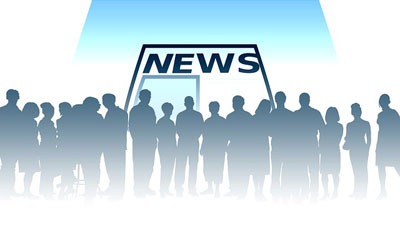 Tatiana Darie, Katherine Doherty, Zachary Tracer (Bloomberg.com, October 14, 2016) — A growing number of people in Obamacare are finding out their health insurance plans will disappear from the program next year, forcing them to find new coverage even as options shrink and prices rise.
At least 1.4 million people in 32 states will lose the Obamacare plan they have now, according to state officials contacted by Bloomberg. That’s largely caused by Aetna Inc., UnitedHealth Group Inc. and some state or regional insurers quitting the law’s markets for individual coverage.

www.investors.com (Invester’s Business Daily) — Health Reform: Before ObamaCare, it would’ve been hard to find a health plan that combined a huge $6,000 deductible, few in-network doctors, and sky-high premiums. Today, thanks to ObamaCare, it’s hard not to.
A new report from Avalere Health finds that enrollees in ObamaCare plans have access to 34% fewer providers than those who buy a commercial plan outside the exchange.
Click here to read the article.

Chris Versace (newsmax.com) — The perils of government involvement in our health care system continue to become obvious as Obamacare becomes an apparent permanent fixture of the political landscape. Oregon’s Health CO-OP proposed a 5.3-percent average rate increase for 2016, but the state’s preliminary decision calls for a 19.9 percent average hike. As egregious as that sounds, health and dental plan provider Moda Health Plan, which reach manages health plans in California, Alaska, Washington and is the market share leader in Oregon’s Individual market, asked and received approval for rates in Oregon that are 25.6 percent higher on average.
Click here to read the article.

Eric Wicklund – Editor (mHealthNews) — Fueled by innovative telemedicine platforms, U.S. businesses are finding it easier to bring healthcare right to their employees.
More than one third of large U.S. employers recently surveyed by Towers Watson are offering telemedicine services to their employees, and another 12 percent say they’ll be adding the service within two years – all part of a national trend toward the use of onsite health centers.
Click here to read the article.

Telemedicine Is The Future Of Health Care: On-Call Docs To Examine, Diagnose, And Treat Patients Remotely

Dana Dovey (Medical Daily) — Smartphones and tablets are used for just about everything, from monitoring your bank account to ordering a cab, so it would only make sense that health care become part of this technological advancement. Telemedicine is the union between technology and health, and many believe it is the future of health care in the U.S.
On Monday, at the American Telemedicine Association’s trade show in Los Angeles, American Well, a telemedicine provider, announced “Telehealth 2.0”
Click here to read the article.

Laura Ungar and Jayne O’Donnell (USA TODAY) — Three-quarters of emergency physicians say they’ve seen ER patient visits surge since Obamacare took effect — just the opposite of what many Americans expected would happen.
A poll released today by the American College of Emergency Physicians shows that 28% of 2,099 doctors surveyed nationally saw large increases in volume, while 47% saw slight increases. By contrast, fewer than half of doctors reported any increases last year in the early days of the Affordable Care Act.
Click here to read the article.

Robert Wilde (www.Breitbart.com) — Statistics reveal that emergency room visits are up and not decreasing as the president promised before Obamacare became the law of the land.
Ryan Allen, Emergency Medicine Service Line Director at Bakersfield Heart Hospital told 23 ABC Bakersfield that not only are ER room visits increasing, but lines are long. “Unfortunately it can take hours to be seen, because those patients who are possibly having a heart attack, they’re pushed in front.”
Click here to read the article.

Dan Verel (Vree Health) — Just ahead of the closing enrollment period for Obamacare, tech behemoth Salesforce released a report titled “The State of the Connected Patient 2015,” detailing the potentially huge shift in how patients interact with their providers, particularly younger patients, and how technology might help improve connectivity.
“While traditional communication channels remain popular among patients, the next generation of patients want innovations for how they connect with providers and share information,” the report said.
Click here to read the article.

As Medicaid Rolls Swell, Cuts in Payments to Doctors Threaten Access to Care

Jabin Botsford (New York Times) — Just as millions of people are gaining insurance through Medicaid, the program is poised to make deep cuts in payments to many doctors, prompting some physicians and consumer advocates to warn that the reductions could make it more difficult for Medicaid patients to obtain care.
The Affordable Care Act provided a big increase in Medicaid payments for primary care in 2013 and 2014. But the increase expires on Thursday
Click here to read the article.

Obamacare Shutting Down Free Healthcare Clinics for US Citizens

Bernie Monegain, Editor-at-Large (Healthcare IT News) — Private physician practices will soon be a thing of the past according to a new survey that shows them dwindling year over year as more doctors opt to become part of a hospital or health system.
The percentage of medical students who will seek employment with a hospital or large group practice has risen to 73 percent, while the percentage of those who aspire to private practice has dwindled to 10 percent – a 50 percent drop since 2008.
Click here to read the article.

Dan Mangan (CNBC) — Santa Claus is going to be bringing lots of presents in a couple of weeks, but lower health-insurance costs for most Americans won’t be one of them. People with insurance through an employer—that is, most people with health coverage—are paying “more in premiums and deductibles than ever before” as those costs outpace the growth of wages.
Click here to read the article.

Kelli Kennedy (AP) — When Olivia Papa signed up for a new health plan last year, her insurance company assigned her to a primary care doctor.
The relatively healthy 61-year-old didn’t try to see the doctor until last month, when she and her husband both needed authorization to see separate specialists. She called the doctor’s office several times without luck.
Click here to read the article.

Sarah Hurtubise (The Daily Caller) — The Obama administration conceded that health insurance premiums on federal Obamacare exchange HealthCare.gov are rising in 2015 — but proposed that customers deal with the problem by again getting rid of their plans.
The Department of Health and Human Services issued a report Thursday concluding that average premiums will rise by five percent in the 35 states where the federal government runs the exchanges.
Click here to read the article.

Betsy McCaughey (New York Post) — On Thanksgiving eve, the Obama administration dumped reams of mind-numbing ObamaCare regulations into the Federal Register — including yet more unilateral rewrites of the Affordable Care Act.
Dropping the rules as most Americans were busy preparing for the holiday made a mockery (again) of President Obama’s promise to have “the most transparent administration in history.”
Click here to read the article.

Over 214,000 Doctors Opt Out of Obamacare Exchanges

Barbara Boland (cnsnews.com) — Over 214,000 doctors won’t participate in the new plans under the Affordable Care Act (ACA,) analysis of a new survey by Medical Group Management Association shows. That number of 214,524, estimated by American Action Forum, is through May 2014, but appears to be growing due to plans that force
doctors to take on burdensome costs.
Click here to read the article.